PG&E's Wildfire Liability and Bankruptcy: Who Pays? (Part I: Causes, liability, and victims) 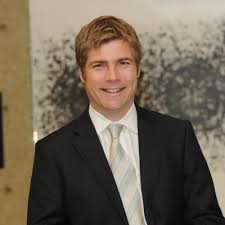 “PG&E continues to have problems with basic operational and process controls around risk. … The question I have is ‘how different are PG&E’s practices from those of other utilities that operate in the inter-mountain west. … We just don’t know. … Many of the utilities in the west are looking at PG&E’s situation with a lot of trepidation.”

“Generator sales are up 600-700% in California this year.  The problem with generators  is that they can cause fires. And so we had a power shutoff event about two weeks ago in Northern California in which large parts of the Sierra Nevada were shut off for fire safety reason. In Butte County alone … there were three generator fires.”

“My assessment at this point is that we are likely to see an entity emerge from bankruptcy that looks a lot like PG&E.  I’m not clear whether the existing equity [shareholders] will own that entity … but we are not likely to see a breakup. … There have been proposals from the City of San Francisco to “municipalize” PG&E assets within the city.  Many people, as they thought through that idea, realized that this was a way for San Francisco (which is an incredibly wealthy community) to isolate itself from wildfire risk and island itself from the challenges facing the energy system. … And there’s a lot of reluctance to do that.”

“The impacts for the most vulnerable are multifaceted … but they haven’t really hit in terms of rates yet.  Where we are seeing the biggest impacts so far are in terms of home insurance, and where communities are really struggling and just coming to grips with the cost of owning a home in high-risk areas.”

Michael Wara is a Senior Research Scholar at Stanford University’s Woods Hole Institute, where he is the Director of the Climate and Energy Program, and a Fellow at Stanford Law School. He has a J.D. from Stanford and a Ph.D in Oceanography from the University of Californa at Santa Cruz.