How Law Must Change in the Anthropocene (Eric Biber, University of California at Berkeley School of Law)

How Law Must Change in the Anthropocene 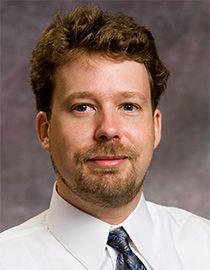 “Human impacts on a global scale are causing the kinds of changes … that are associated with other major break points in geologic eras.  …[This] includes climate change and a wide range of other planetary systems. … These changes are accelerating. … This is [caused by] the aggregation of billions of people’s individual choices [and] how they interact with modern industrial society.”

“It is probably intuitive to people that mitigation involves government intervention.  But that is also going to be true for adaptation [even without mitigation]. … We are starting to see the beginnings of global migrations attributable to climate change. … Even carbon taxes have the coercion of the state behind them.  Subsidies on the surface appear nice and voluntary. Subsidies require enforcement. … That process involves state coercion as well.”

“If many of the harms we need to address are caused by the aggregation of billions of individual actions, it is difficult to see how that fits within scope of ‘proximate cause.’ … There are challenges connecting an individual emitters emissions to the harms experienced by plaintiffs when the medium through which that causal change occurs is the global environment. If those companies aren’t liable, no one is liable.”

Eric Biber’s teaching and research interests are environmental law, natural resources law, energy law, land-use law, federal Indian law, administrative law, and property. Prior to joining Berkeley in 2006, he worked as a litigator in the Denver office of Earthjustice, and clerked for Judge Carlos Lucero of the 10th U.S. Circuit Court of Appeals in Denver and Judge Judith Rogers of the U.S. Court of Appeals for the D.C. Circuit. He earned a master’s of environmental science with a focus in conservation biology from the Yale School of Forestry & Environmental Studies and a J.D. from Yale Law School.