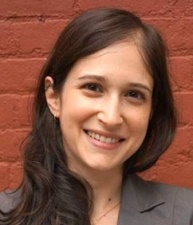 “When you think about the transition [toward] distributed energy, if you understand private law as a category that governs these dispersed interactions, that’s where you get the dialogue between the energy transition and these old categories of law …… You could sell the excess energy on your [device] to your neighbor … Think about it as an AirBnB for energy.”

“The reason that [landlords] are less likely to invest in solar panels is that in the typical lease agreement the … landlord doesn’t pay the electric bill. The landlord isn’t incentivized to invest … In theory [Coasean bargaining] should be possible, but … in practice … most landowners just won’t invest. … [Distributed energy leases] are clauses in the lease where the benefits of having a solar panel on the roof would be split between the owner and the tenant.  And that would increase the incentive for the owner to invest …”

“[As with oil and gas,] with wind you have neighborly interferences and area wide effects. … If you start to extract kinetic energy from the system, we are starting to see … changes in levels of precipitation, changes in temperature … [and] larger climatic changes on the global level. … We also see [local effects].  If you put in a wind turbine in one place and I am downwind from you, [my turbine] is going to be negatively affected.  That’s where we start to get private law conflicts.”

“[Borrowing from water rights law], the problem with prior appropriate [rules] is that it leads to excessive extraction. … That leaves us with something more like ‘riparianism’ [or] ‘regulated riparianism,’ [which] involves more state oversight and permitting …”

Dr. Yael Lifshitz is a lecturer at King’s College London.  Her scholarship examines the diverse set of rules and institutions that govern access to resources. On strand of research relates to property law and theory. The second studies questions of resource control as applied to energy and natural resources.