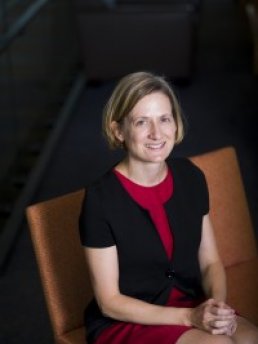 “The key studies that inform our understanding of the harms associated with fine particle emissions from coal-fired power plants have been replicated by other researchers.  But to just make that private patient data available to the public… would destroy the entire research enterprise. … It’s very hard to read the transparency argument as anything but a grab at trying to reduce benefit estimates by throwing out the best available studies.”

Sheila Olmstead is a professor at the Lyndon B. Johnson School of Public Affairs, The University of Texas at Austin (UT), a visiting fellow at Resources for the Future (RFF) in Washington, DC and a senior fellow at the Property and Environment Research Center in Bozeman, Montana. From 2016–2017, she served as the Senior Economist for Energy and the Environment at the President’s Council of Economic Advisers. She holds a Ph.D. in public policy from Harvard University (2002), a master’s in public affairs from The University of Texas at Austin (1996) and a B.A. from the University of Virginia (1992).