Regulating the Risks of Fracking to Water 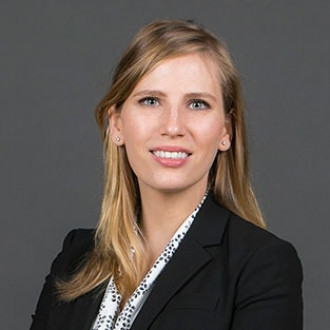 “It’s easy to discredit local [anti-fracking] movements as totally speculative or fear-based … This might lead us to want to ignore these movements.  But it’s possible that … they’re bringing out some real concerns. … What I find is that the towns that were more likely to enact bans on fracking … were the towns that were most vulnerable to water contamination risks. … [In addition,] towns that have a greater history of drilling were less likely to enact bans [on fracking]. … Maybe towns that have less experience with this [industry] are less able to predict, and may be more concerned about [these risks]. …”

“The system we have in place–even if it’s not adequately dealing with the existing risks, I think it could. It has the potential. … We could do a better job of making things clearer. We can try to push regulation to be cost-benefit justified and adopt best practices that are already out there. …”

“[On approach is to say that] as we get more information about risks and latent health effects, we can update and tailor the approach to what is optimal. My concern with that … is that I don’t know if we have the systems in place to [address those risks]. … So I think we need to see more [monitoring of these effects].”

Caroline Cecot teaches and writes in the areas of environmental and administrative law at the Scalia Law School, George Mason University. Before coming to GMU, Professor Cecot was the Postdoctoral Research Scholar in Law and Economics at Vanderbilt Law School, clerked for the Honorable Raymond J. Lohier, Jr., of the United States Court of Appeals for the Second Circuit, and was a Legal Fellow at the Institute for Policy Integrity at New York University School of Law.