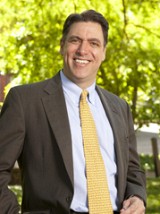 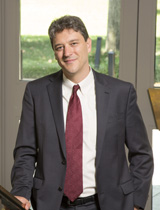 “It’s a pretty routine part of the land development these days … to engage in a negotiation [between local governments and developers] for permission to build. … Essentially what the municipality does is price the burdens of the new development on the municipality. … So an energy exaction could be a local fee on development … that is designed to avoid strains on the energy grid.”

“Developers would be paying based on the anticipated amount of net energy consumption that the new development would consume. … Ideally, a developer wouldn’t end up paying energy exactions but would instead end up installing enough energy-saving technologies … that there wouldn’t be a net energy increase, in which case no exactions would be paid.”

“The question of who should pay the marginal costs of development is a deep normative question. … What you need is a normative story about who should bear the costs.  That story is easier to tell in the context of energy. … Energy consumption imposes such enormous externalized costs on the world, if we can force developers to internalize those costs, I think that’s a pretty compelling normative story for the use of exactions in this particular context.”

Jim Rossi joins is the D.L. Lansden Chair in Law at Vanderbilt.  His research focuses on administrative and energy law topics. His recent articles focus on the role of public utility doctrines and principles in modern energy markets, as well as federalism and other shared jurisdictional issues affecting agency regulation.

Chris Serkin is the Elisabeth H. and Granville S. Ridley Chair in Law at Vanderbilt.  He teaches and writes about land use and property law. His provocative scholarship addresses local governments, property theory, the Takings Clause, land use regulations and eminent domain. .